One of my (it’s Carol here again) favorite concepts to teach in my Family Communication course is how, in our families and intimate relationships, we need to understand each other’s “relational currencies.” Relational currencies are those symbolic acts or statements used to express our love, care or concern for another person. For example, to some, receiving chocolate goodies on Valentine’s Day is a symbol of how the giver feels about them. Chocolate = love. For others, a heart-shaped card filled with affectionate phrases = love. To yet others, a call from a distant friend = “I care about you.” For me, waking up on Valentine’s Day to the smell of bleach and the sound sponges moving over tile (as my husband cleans the toilets, tubs and sinks) would be much more appreciated than cocoa, cards or calls. Cleaning the toilets = deep and passionate love for me, dear Valentine. 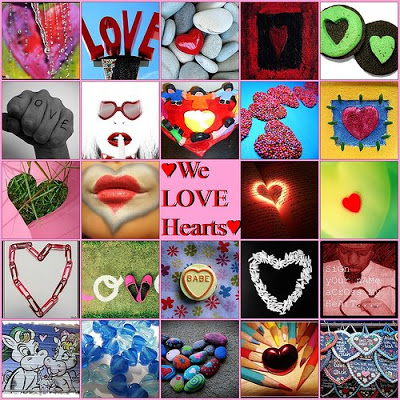 Here are a few recent observations of everyday folk who locked in (I’m pretty sure that’s slang; just heard it after class) on the concept of “relational currencies”:

It was at a recent book signing on campus, as Anna and I enjoyed conversation with students, colleagues, staff and administrators stopping by to chat about or acquire a book or two, when we saw a young male student hovering around the area. He looked as if he might have been studying late the night before and with eyes averting ours he finally approached and said out loud, although in a whisper: “Um, I’d like to get one of these.” He was pointing at What Happy Couples Do. We tried to ease his obvious discomfort with our unwitting enthusiasm: “Great! Can we inscribe it to you and someone special? Is it a gift?!” He fumbled to explain in a low and still hushed voice: “Yeah. It’s for my girlfriend.” His eyes shifted all around as if he was about to be caught doing something bad. “My friends told me that my girlfriend got me the coolest gift in the whole world and that I’d never be able to top it. Then I thought ‘a book about happy couples. That would do it.’” Dude, you are SO smart (that’s what we thought and then quickly said as much). Bravo! This young man had obviously learned about relational currencies. A book about relationships given from dating man to woman he is dating = “I LOVE YOU!” a million decibels strong.

Then just last week as I worked a little later than usual and the sun went down outside my office window, I heard a very light tap on my office door. I have to admit it startled me a bit; it was almost as if someone was wanting to knock, but not really. Although it only took seconds to open the door, by the time I did no one was there. But I saw a young man – a staff person in a neighboring department – about half way down the hallway. I gently called out “Hello! Were you looking for me?” He excitedly turned and came back to explain why he had come. With a similar shy/embarrassed/excited/eager/nervous voice of the young man at the book signing, he too talked in slightly hushed but rushed and excited tones. As he spoke he reached inside the little brown paper sack he held in his hands. “It’s such a pleasure to meet you. I was wondering … you see … I bought … for my girlfriend … well … I know she’d really like it if you’d be willing to sign this book I bought for her.” He pulls out the lunch-like sack a copy of What Happy Couples Do and admits with a chuckle that yes, he is “too cool” to carry around a copy of a happy couple book. “My colleagues might make fun of me.” Cute. I was touched by the gesture he was attempting to make for his girlfriend; he knew she “would LOVE the book” and that him purchasing and having it signed was an expression greater than any other he could think of. Wonder when he learned that action is often the most convincing means of expression?

And on the eve of our national holiday solely dedicated to the expression of love, it seems wildly appropriate to share one of my favorite stories from What Happy Couples Do. It was submitted by the couple’s daughter who had observed, for years, her parents’ long-standing Valentine’s Day ritual: a cost-free yet valuable method for each to express their love and adoration for one another. Might be one we all want to try out during these tough economic times. It’s called “A Priceless Valentine”:

My parents don’t have much money, and what they have they don’t like to spend on things they think are frivolous. So on Valentine’s Day they always go to a greeting card store together and pick each other out a card. They then read their cards out loud to each other. They also tell each other what they would have written in the card had they bought it. They get the sentiment without the expense and have developed a loving tradition that has been with them for many, many years.

The people we love are priceless, aren’t they? Make sure you’re DOing something to show them as much. And not just tomorrow, but every day.